Soybean fields continue suffer from the hugely damaging impact of nematodes. Gamaya’s new disruptive remote sensing tool that allows for large-scale, instantaneous and reliable nematode damage detection has the potential to provide growers with a new powerful weapon to fight off nematodes.

A crash course into the soybean crop

Soybean is one of the most grown crops in the world, and is the most used oilseed around. Oilseeds are also very attractive to many diets- containing significant amounts of protein and oil content (ca. 38-45% and 20% respectively), as well as good amounts of phytic acid, dietary minerals and vitamin B. Interestingly though, only around 15% of soybean cultivation is destined for human consumption- around 85% is destined for animal feed as defatted soybean meal is a significant and cheap source for animal feed.

A handy aspect to the soybean crop is that it can be grown in lots of areas, ranging from climates such as Russia all the way to Australia. Two countries however dominate approx. 70% of global soybean production- Brazil and the United States. Each nation accounts for approx. 35% of global soybean production. In the US, soybean cultivation is projected to overtake corn and wheat cultivation as covering the greatest area of agricultural land in the country, and the Brazilian soybean market has also recently enjoyed similarly large growth.

A sharp rise in meat consumption patterns has been the major driver contributing to the expansion of the soybean market. This has led to more than 70% of total Brazilian soybean exports going to China, the global leader in animal feed production. Whilst many predict a decrease in meat-based diets in the coming years which would result in a decrease in the soybean market, others oppose this view as Asian meat consumption continues to grow significantly.

Nematodes can be seen as soybean crops’ and producers’ biggest enemy. Nematodes are a type of microscopic worm that live everywhere in our world- in the depths of the seas all the way up to the lithosphere. Roughly six species are currently responsible for damage in soybean fields in Brazil.

Nematodes damage the plant by penetrating its root, and moving to the plant's vascular tissue, which becomes its permanent feeding site, preventing the plant’s development.

The Brazilian Society of Nematology recently estimated the loss in Brazilian soybean production due to nematodes at around R$16.2 billion (around 3.1 billion USD) per annum. Alone one species of nematode (the root-knot nematode) causes approximately 5% of global crop loss per annum.

Detecting the nematode infestation is currently very challenging. Symptoms of infestation are often hard to identify, and in extreme cases, there are no warning symptoms before a loss of 40% of yield. The most common visible symptoms are leaf yellowing, early senescence, and stunting.

The most commonly used method to detect nematodes is field scouting. This involves taking samples of soil in various locations of the field, before sending it off to a laboratory. However, this detection method has its limitations, including being:

Satellite NDVI maps are one remote sensing digital agriculture solution that can help soybean growers detect nematodes. However, general NDVI maps highlight any kind of stresses and issues in the field and are not specific (e.g. nutrition, flooding, planting gaps, compaction). Soil sampling is still needed to identify nematodes with confidence.

Based on satellite multispectral imagery and AI technologies, Gamaya is developing a unique, large-scale nematode damage mapping tool which automatically detects nematode damage location and intensity on fields of any size.

The technology relies on the analysis of time series of large numbers of maps derived from satellite images covering both soybean and rotational crops. These maps are then combined with unique proprietary Gamaya algorithms to isolate nematode damage and stress from other issues in the field. All the surveyed fields are then ranked by nematode infestation from highest to lowest, and flagged directly to the producer for targeted scouting operations.

Practices to fight nematodes can vary depending on the species. By scouting different selected damaged spots, growers can further identify the type of the different nematode species and map out the right plan of action.

Three main practices can be used, and potentially combined, to reduce the nematode population on the field. They also all depend on the percentage of damage in the field, the damage intensity and the nematode species. Solutions include:

Gamaya’s disruptive nematode damage tool has been rigorously tested through extensive research and trials on 65+ soybean fields to calibrate and develop the model, and collaboration with 15+ soybean producers across seven different Brazilian states allowed for cross-checking of the results.

A new layer to field intelligence

Extensive research and expertise in the soybean and remote sensing fields has allowed us to develop a disruptive and innovative nematode damage mapping tool to plan mid- and long-term strategies to cope with nematode infestation, to ultimately mitigate yield losses as early and comprehensively as possible. Gamaya’s nematode detection technology provides a more accurate and automatic, more scalable and big data-based, as well as more cost-effective solution for growers, with a lesser need for boots on the ground. 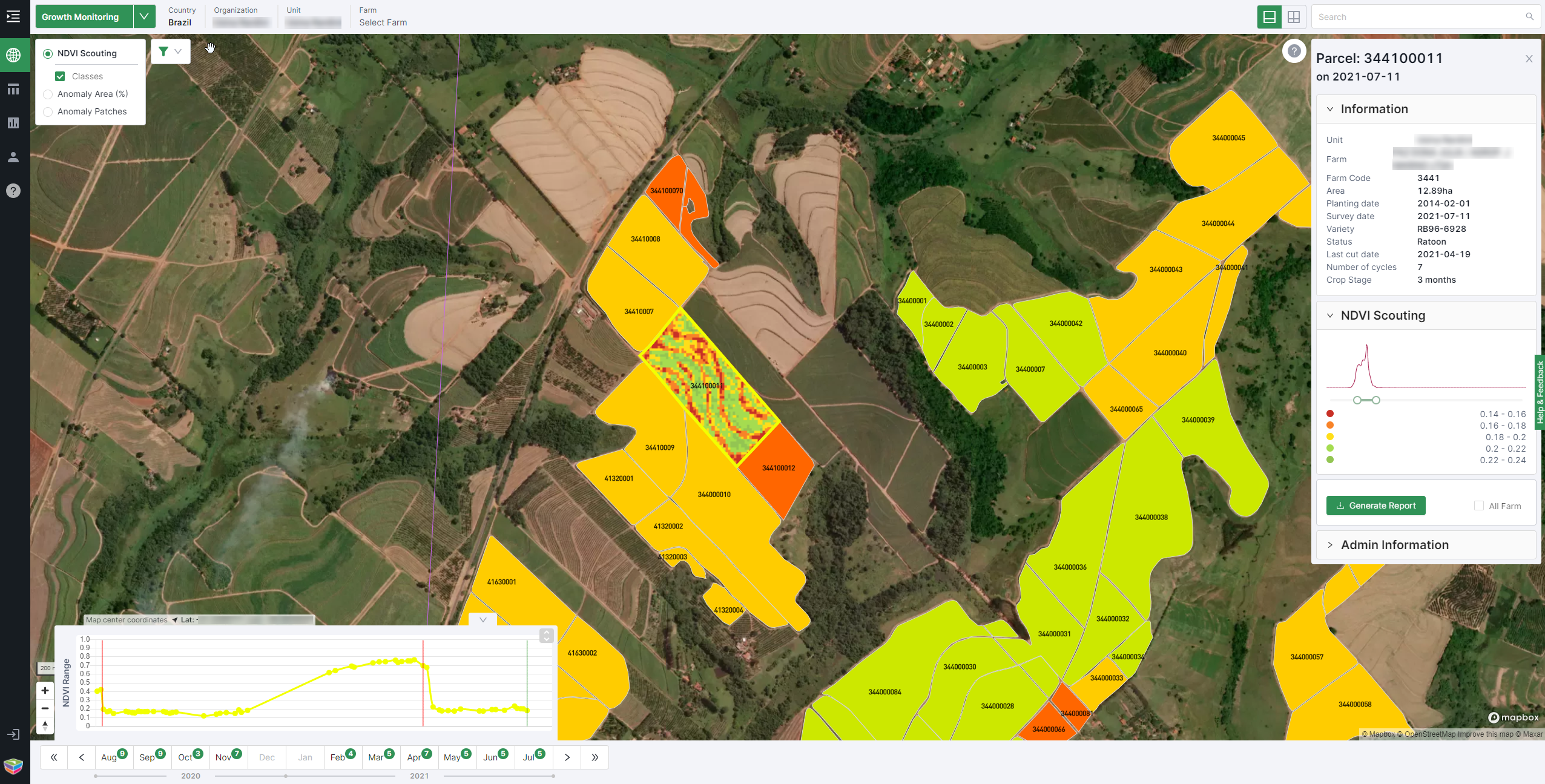 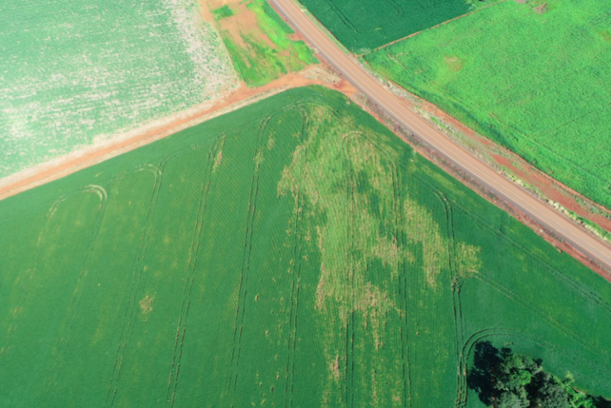 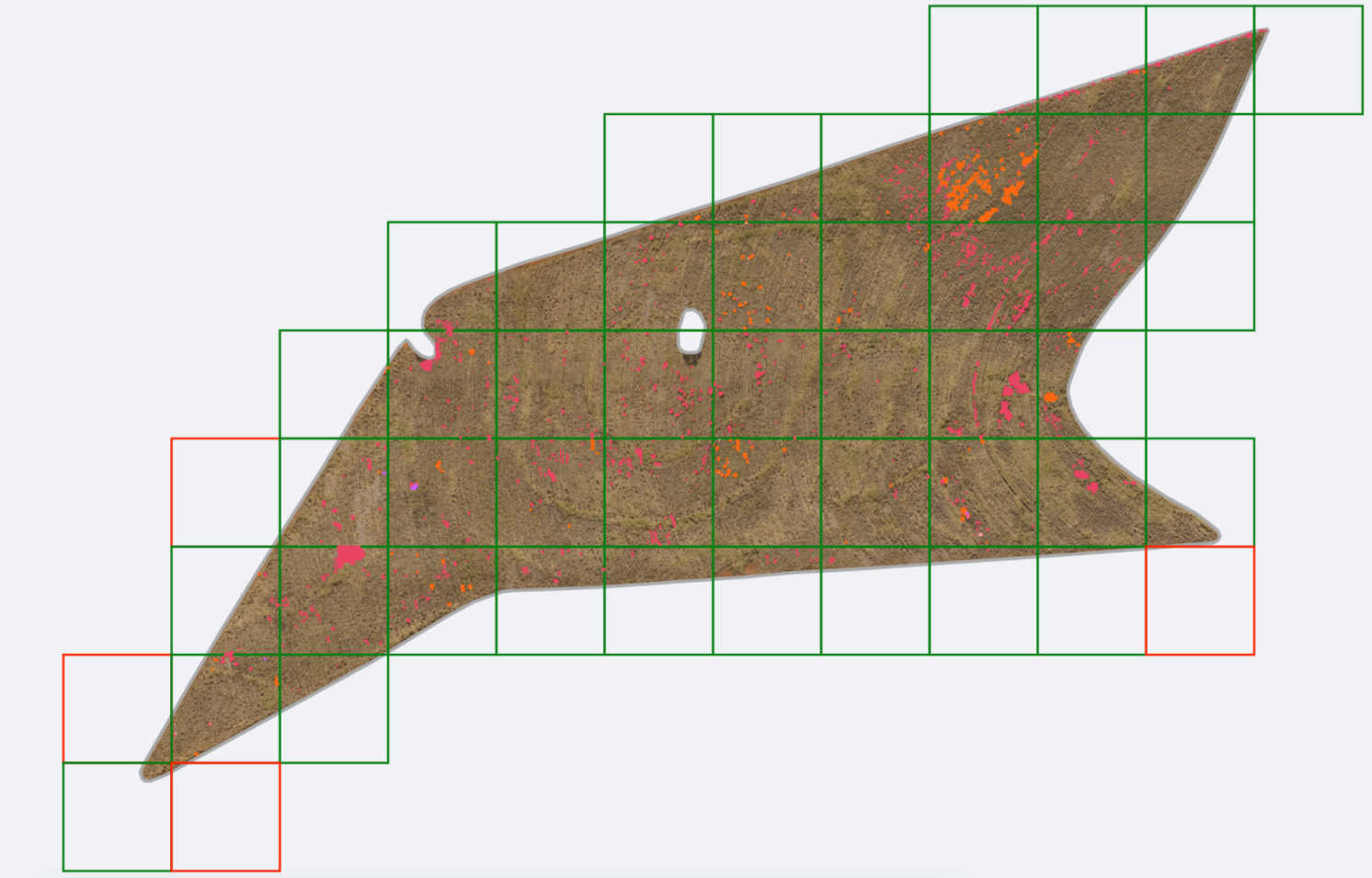